{Featured site image: My Grandma Ford’s Teapot, gift to her on 50th Wedding Anniversary, approx. 69 years ago. [I also have the creamer & sugar bowl].

Ears to Hear by Pam Ford Davis (Free to Share)

“He began to teach again by the sea. And such a very large crowd gathered to Him that He got into a boat in the sea and sat down; and the whole crowd was by the sea on the land.  And He was teaching them many things in parables, and was saying to them in His teaching, ‘Listen to this! Behold, the sower went out to sow; as he was sowing, some seed fell beside the road, and the birds came and ate it up.  Other seed fell on the rocky ground where it did not have much soil; and immediately it sprang up because it had no depth of soil.  And after the sun had risen, it was scorched; and because it had no root, it withered away.  Other seed fell among the thorns, and the thorns came up and choked it, and it yielded no crop.  Other seeds fell into the good soil, and as they grew up and increased, they yielded a crop and produced thirty, sixty, and a hundredfold.’  And He was saying, He who has ears to hear, let him hear (Mark 4:1-9 NASB).”

He Fills My Cup by Pam Ford Davis (Free to Share)

Is the cup half full or half empty?

I am blessed; my shepherd fills the cup.

“The Lord is my shepherd; I shall not want.

He maketh me to lie down in green pastures: he leadeth me beside the still waters.

He restoreth my soul: he leadeth me in the paths of righteousness for his name’s sake.

Yea, though I walk through the valley of the shadow of death, I will fear no evil: for thou art with me; thy rod and thy staff they comfort me.

Thou preparest a table before me in the presence of mine enemies: thou anointest my head with oil; my cup runneth over.

Surely goodness and mercy shall follow me all the days of my life: and I will dwell in the house of the Lord for ever.”

The Act of Pouring by Pam Ford Davis (Free to Share)

{Image: Tea For All Reasons}

The act of pouring tea brings comfort to the recipient.

Tea can soothe the body and ease the mind.

The act of pouring out one’s life in sacrificial service is highly commendable.

Apostle Paul gave his all.

“Yes, and if I am being poured out as a drink offering on the sacrifice and service of your faith, I am glad and rejoice with you all (Philippians 2:17 NKJV).”

Take the Time by Pam Ford Davis (Free to Share)

{Image: My Heart is in Africa}

Take the time for prayer.

“Now when Daniel knew that the document was signed, he entered his house (now in his roof chamber he had windows open toward Jerusalem); and he continued kneeling on his knees three times a day, praying and giving thanks before his God, as he had been doing previously (Daniel 6:10 NASB).”

We make time for what matters.

Our Greatest Treasure by Pam Ford Davis (Free to Share)

Home is where the heart is?

We do treasure our families.

Yet, the LORD is our greatest treasure!

“… that their hearts may be encouraged, being knit together in love, and attaining to all riches of the full assurance of understanding, to the knowledge of the mystery of God, both of the Father and of Christ, in whom are hidden all the treasures of wisdom and knowledge (Colossians 2:2-3 NKJV).” 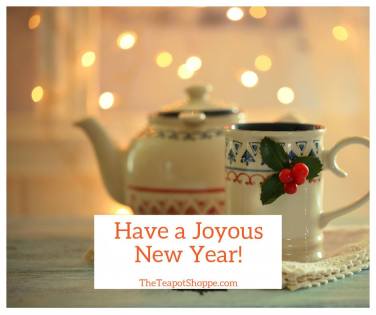 Watch your steps ahead…

“Not that I have already obtained it or have already become perfect, but I press on so that I may lay hold of that for which also I was laid hold of by Christ Jesus. Brethren, I do not regard myself as having laid hold of it yet; but one thing I do: forgetting what lies behind and reaching forward to what lies ahead,  I press on toward the goal for the prize of the upward call of God in Christ Jesus (Philippians 3:12-14 NASB).”