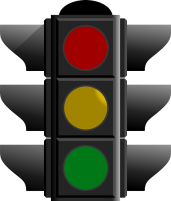 No, this is not a footrace.

Not, child play. The first one there doesn’t get to ride in the front seat.

Beyond that, are you willing and able?

“And who will harm you if you are deeply committed to what is good? But even if you should suffer for righteousness, you are blessed. Do not fear what they fear or be disturbed, but honor the Messiah as Lord in your hearts. Always be ready to give a defense to anyone who asks you for a reason for the hope that is in you. However, do this with gentleness and respect, keeping your conscience clear, so that when you are accused, those who denounce your Christian life will be put to shame. For it is better to suffer for doing good, if that should be God’s will, than for doing evil (1 Peter 3:13-17 HCS)

Persecution of believers spans the globe; they are in desperate need of prayers. Many erroneously think persecution of the saints ceased thousands of years ago. What we don’t know does hurt us and thwarts the spread of the gospel. Yet, through persecution, doors do open. Paul shared a testimony of persecution and peril. (2 Corinthians 11:22-32)

Speaking of a specific thorn in the flesh, he found his LORD sufficient. “Therefore I take pleasure in infirmities, in reproaches, in needs, in persecutions, in distresses, for Christ’s sake. For when I am weak, then I am strong (2 Corinthians 12:10 NKJ).” Do I perceive my weakness as strength, discerning suffering for Christ’s sake?

I have very little trouble comprehending cause and effect situations. Parents tell their children not to throw balls inside the house but they ignore the commands. In rebellion, they play a game of toss; the ball hits a vase and it shatters on the floor. The story does not end with the breakage; the children broke the rules and they will face the consequences. Mother and dad had made their will clear and will implement swift disciplinary measures. As a Pharisee, Saul was the cause of suffering by many saints.

“But Saul began ravaging the church, entering house after house; and dragging off men and women, he would put them in prison (Acts 8:3 NAS).” He persecuted believers, worshipers of the risen Christ. He was going around causing havoc; “what goes around, comes around.” God instructed a disciple named Ananias to go to Saul. “But the Lord said to him, ‘Go, for he is a chosen instrument of Mine, to bear My name before the Gentiles and kings and the sons of Israel; for I will show him how much he must suffer for My names sake (Acts 9:15-16 NAS).” .

Paul endured under great suffering. (2 Corinthians 23-33) I detect a fine line between discipline, punishment, testing and suffering. Through the lives of the apostles, I perceive their joy in suffering for Christ. In the words of Paul, “For to you it has been granted for Christ’s sake, not only to believe in him, but also to suffer for His sake, experiencing the same conflict which you saw in me, and now hear to be in me (Philippians 1:29-30 NAS).”  Apostle Peter also encouraged those undergoing persecution.

“Beloved, do not be surprised at the fiery ordeal among you, which comes upon you for your testing, as though some strange thing were happening to you; but to the degree that you share the sufferings of Christ, keep on rejoicing, so that also at the revelation of His glory, you may rejoice with exultation. If you are reviled for the name of Christ, you are blessed because the Spirit of glory and of God rests upon you (1 Peter 4:12-14 NAS).”  Through the suffering of saints, I sense the advancement of the cause of Christ. In effect, He saves the lost.