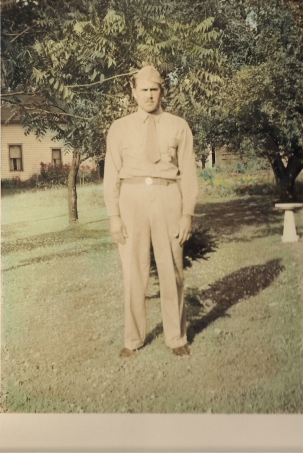 VETERANS STAND OUT IN A CROWD

The reason is easily discerned.

Our veterans once stood tall and trustworthy in uniform.
Will we stand silent to the sacrifices they made for our freedom?

Israel had a decided advantage; a vast army of valiant men provided protection.

“The sons of Reuben, the Gadites, and half the tribe of Manasseh had forty-four thousand seven hundred and sixty valiant men, men able to bear shield and sword, to shoot with the bow, and skillful in war, who went to war (1 Chronicles 5:18 NKJ).”

There is strength in numbers but God’s power is greater still.

“…they cried out to God in the battle. He heeded their prayer, because they put their trust in Him (1 Chronicles 5:20b NKJ).”

Wife of over fifty years. Mother of two adult children, 7 grandsons & 2 great-granddaughters. Have worked in both radio & television (on air & behind the scenes). God opened the door to a writing ministry in 2009. I 'Wing His Words.' View all posts by Pam Ford Davis